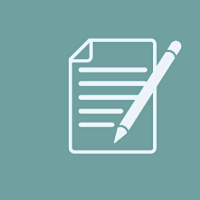 Decay of plasmons to hot carriers has recently attracted considerable interest for funda- mental studies and applications in quantum plasmonics. Although plasmon-assisted hot carriers in metals have already enabled remarkable physical and chemical phenomena, much remains to be understood to engineer devices. Here, we present an analysis of the spatio- temporal dynamics of hot electrons in an emblematic plasmonic device, the adiabatic nanofocusing surface-plasmon taper. With...

Photonics, defined broadly as "the science of the photon", is present in multiple disciplines with a rapidly growing importance in society. It uses photons to understand, probe and modify matter, while designed materials allow the control of light propagation and generation. This discipline is identified in the European R&D roadmaps as one of the most prominent cutting-edge fields in science and technology for the 21st century.

Financed by the Excellence Initiative of the University of Bordeaux, LAPHIA aims to create a consortium around sciences of light – optics, photonics, lasers. The Bordeaux pole in optics is already recognized as leading in several fields: high energy lasers, hot plasmas, laser-matter interaction physics, material science. The Aquitaine Region has brought together buisnesses and research scientists to creat France's biggest regional laser-optics industry.

In this favorable context, LAPHIA aims to federate the whole relevant academic community around coherent and innovative projects in lasers and photonics, while strengthening the links with the CEA. The unique Centre of excellence structure will promote Bordeaux among the most visible centres in Lasers and Photonics at European and international levels, attracting students, researchers and private companies.

The researchers focus their energy on three main research activities with a lot of inter-thematic collaborations covering the sciences of light/matter interactions, imaging and laser technologies, heading to important breakthroughs in eight application domains, from health to energy production.